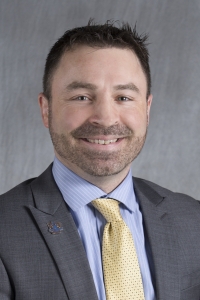 In the midst of our nation’s longest partial government shutdown, President Donald Trump gave an Oval Office address in making his case for the necessity of a wall along the United States’ border with Mexico. The next day President Trump stormed out of a meeting with Congressional leaders, still at odds over how much money should be dedicated in the upcoming budget for border security. President Trump took immediately to Twitter to lodge his complaint:

<blockquote class=”twitter-tweet” data-lang=”en”><p lang=”en” dir=”ltr”>Just left a meeting with Chuck and Nancy, a total waste of time. I asked what is going to happen in 30 days if I quickly open things up, are you going to approve Border Security which includes a Wall or Steel Barrier? Nancy said, NO. I said bye-bye, nothing else works!</p>&mdash; Donald J. Trump (@realDonaldTrump) <a href=”https://twitter.com/realDonaldTrump/status/1083099784012091396?ref_src=twsrc%5Etfw”>January 9, 2019</a></blockquote>
https://platform.twitter.com/widgets.js

If you ask the President, House Speaker Nancy Pelosi and Senate Minority Leader Chuck Schumer are to blame for the shutdown, even though he pledged to take the mantle for it during their meeting in late December. President Trump has gone as far as threatening an emergency declaration in order to build a border wall, which raises a host of controversies on its own.

A standoff like this leaves libertarians stuck between a wall and a hard place. The wall being their opposition to President Trump’s wall on the Mexican border and the hard place being their support for the government being shut down, even if just partially.

Shutdown aside, we must asses what began this impasse to understand why it is the political albatross we are facing today.

President Trump descended the escalator to announce his intention of running for President in 2016 with a promise to build a big, beautiful wall. As the campaign progressed, his promise morphed with a guarantee that Mexico would pay for the wall he wanted built on the border. Mexican officials have publicly rejected this part of the deal from it’s inception.

Fast forward to early 2018 when the Democrats came to President Trump with a deal offering to exchange $25 billion in wall funding for a path to citizenship for Dreamers. The deal seemed set until signals reached the Senate that President Trump wasn’t going to sign the deal and the bill failed as Republican Senators voted it down to avoid facing primary challenges.

Another bump of the jump button and we arrive at our current budget battle that has shut the government down as President Trump wants $5.7 billion for border barriers while the Senate budget only allotted around $1.6 billion. Apparently, the chasm dividing our government is $4.1 billion.

This last gasp at keeping a promise that probably shouldn’t have been made led to the President’s necessary aim of convincing us that our border is in an emergency situation and the only solution must include a new wall.

You read that right, I said a new wall. One of the larger fallacies in this debate surrounds the belief that no barriers are on our border with Mexico. Approximately 650 miles of border wall exist and another 1,200 miles of the border is the Rio Grand River. Let’s not forget the Barry M Goldwater Range Air Force Base and Big Bend National Park portions of the border as well.

USA Today took a helicopter trip to scout out the border, beginning at the Gulf of Mexico and ending at the Pacific Ocean. I would encourage anyone interested in the debate to hop on the flight with them and check out the unique and diversified geography that makes up the border.

What this standoff should really be focused on is funding for an incomplete project that suffered from lacking funds and an appropriate definition. Why would a border wall project not be more defined? The Border Patrol wanted the leeway, and got it with an amendment in 2007, in determining what sort of barrier would work best in each topographical region along the border. I would argue that anyone who has looked at the entire border can understand that desire. A one-size-fits-all solution, like those red ball-caps, isn’t going to work.

However, calling the current border situation a crisis or national emergency seems like a bit of a stretch to me. I don’t believe the data supports it and without an appropriate cost-benefit analysis, it may also be unsupported fiscally as well.

First, illegal border crossing apprehensions have dropped 81% since 2000. Second, around half of immigrants living in the country illegally are VISA overstays. Third, we do not have an accurate and independent cost-benefit analysis that can be reliably cited for argument’s sake.

I would like to see if Democrats would be up for additional funding for repair, renovation, and connecting of the current barriers where possible, but I would also like to see the new wall conversation die on a craggy, desert, path along the border.

34 thoughts on “Mark West: Is Trump’s Wall What Is Best At The Border?”