The campaign of 2020 Libertarian Party presidential nominee Jo Jorgensen sent out the following newsletter to email subscribers yesterday.  This is the fifth issue.

We’re reaching literally thousands of voters every week, letting them know about the third option on every ballot: Dr. Jo. We can reach tens of thousands more with your help! (And don’t worry, you don’t have to use your personal phone number.)

Top Text Bankers every Tuesday and Thursday will receive a very special limited edition prize from the national campaign, plus special recognition for your hard work.

There’s perks for being a Jo Jorgensen Text Banker!

How to Text for Jo

1. Register with the National Team Jo Campaign.
This will allow you to use the text bank platform.

2. Join the Zoom call on Tuesdays between 5pm-9pm Est
Text your timezone from 5-6pm or join the fun in other regions during the call
We’ll walk you through the text banking platform.

3. Join the Zoom call on Thursdays at 5pm-9pm est
Text your timezone from 5-6pm or join the fun in other regions during the call
We’ll walk you through the text banking platform.

4. Respond back throughout the week.
CallHub will notify you, so check in every now and then for late replies — We don’t want to leave people hanging in a chat.

5. Receive more contacts throughout the week.
Want to Text Bnk on a Saturday night? Sunday morning? You can send and reply to emails at any time between 8 am – 9 pm, 7 days a week.

Contact Ryan Cooper at ryancooper@gmail.com or Chris Minoletti at California@jo20.com, and they can assign more people to text.

… for being part of the fastest growing political movement in America. Without you, none of this is possible.

What: A fundraising drive to help fund media and voter outreach through Election Day

Who: Any volunteers who want to help!

Join our grassroots Giant Money Meteor fundraising campaign! We’re reaching out directly to share Jo’s message with friends to try to reach 20,000,000 people before the election – a $40 donation can help us reach 400 people through our Phone bank system or up to 10,000 people through social media. As of Sunday the 11th, Arizona was in the lead out of our state teams, followed by Montana and Rhode Island.

Can you share the Message of the Day with 3 of your friends today?

6:30am PDT / 9:30am EDT Giant Money Meteor Planning & Update Call (for those who can / want to attend for updates)

You are invited to join us for our weekly Volunteer Update on Saturdays at 10am PDT, 1pm EDT! Learn about what’s new and opportunities to help the campaign. We hope to see you there!

Jo and Spike have a Discord group. They have rooms for all 50 states, as well as Washington DC and the US territories. Many states already have people in these rooms, looking for ways to reach out and volunteer.

Each week we will feature a meme.

Volunteers are testing the efficacy of these memes in the field. Post your favorite to our Facebook Group! 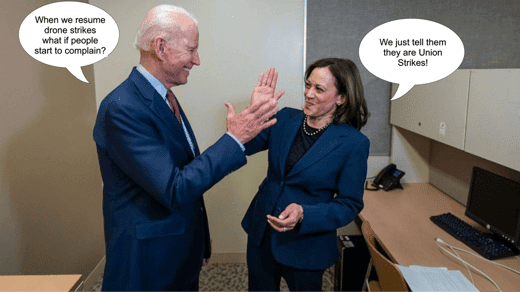 Thank you to our exceptional volunteers!

In 2020 most Americans see themselves as stuck between two bad options for President. But another alternative is on every American’s ballot… Dr. Jo Jorgensen.

This documentary feature film follows the campaign of Dr. Jorgensen, the first woman to be on all 50 state ballots in 2 Presidential elections.

2020 has been a year which will forever live in infamy. The Presidential election has American’s baffled at how they found themselves in this horrible situation. Stuck between President Donald Trump and Vice-President Joe Biden, many Americans see the situation as hopeless.

The government by virtue of a global pandemic has forced the shutdown of businesses all over the nation leaving record joblessness, an unstable stock-market and little hope for many Americans.

This film was made as an effort to discover if Dr. Jorgensen is the President we need to make America the land of Liberty for ALL people. 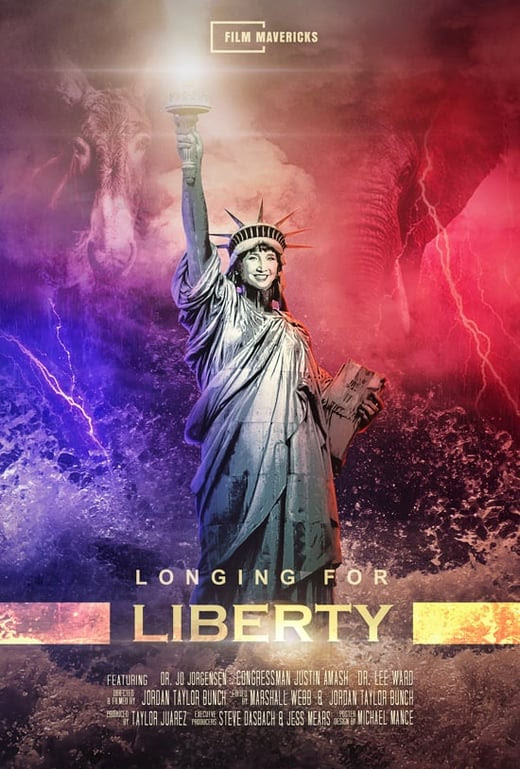 Find out more at: https://vimeo.com/ondemand/longingforliberty

by Liz Solomon and TJ Ferreira

We have all heard of the Commission on Presidential Debates (CPD). The CPD, whose ludicrous rule for inclusion in the debates insists that a candidate “have a level of support at least 15% of the national electorate as determined by five national public opinion polling organizations selected by the commission.” This is a ploy by the duopoly to showcase the two major parties and hide third parties from sight of the American public.

The polls used by the commission are:

How many of these polls do you think included Dr. Jo Jorgensen, Libertarian candidate for President? Zero. If a candidate is excluded from the “selected polls,” does the commission expect that candidate to achieve the minimum? No, the commission neither expects the candidate to succeed, nor does it care. The CPD wants you to believe that there are only two choices, because they are bipartisan.

However, Libertarians and other third parties are no longer alone in their frustrations with the CPD. Republicans, Democrats, and independents want to make an informed decision too. Enter, the Committee for American Debate (CAD). Have you heard of it? It is a nonpartisan organization looking to compete with the CPD!

The criteria for qualifying for an invitation to the CAD debates: 1) be Constitutionally eligible to hold the office of the President of the United States, and 2) appear on all 50 state ballots and the District of Columbia ballot. No polls, no nonsense. Dr. Jo Jorgensen, former Vice President Joe Biden, and President Donald Trump are invited to the first debate. Time and date will be determined. Dr. Jorgensen has, of course, accepted the invitation.

In the past, we tried to get into the CPD debates by appealing to the CPD,  appealing to the American people, and through lawsuits disputing the partisan nature of the CPD. All of our attempts failed. The difference between our past attempts and this new effort is that we are appealing to the free market. If an organization has a monopoly and is supplying a sub-par service, the best way to break that monopoly is to offer a competing service. The CAD is positioned to compete with the CPD in this election and future elections.

To legitimize the Committee for American Debate please consider signing the petition and following the social media accounts for further updates. You can read more about the CAD and sign the petition on its website.     https://www.americandebatecommittee.com/

Life After The Election

Let me be the first to admit – My dishes are piling up, my sleep schedule is less predictable than the economy, coffee became a meal, and the camera is off on most Zoom calls these days. I can’t wait for it to end, but I also don’t want it to end. And after talking to a few of my friends in the campaign, I don’t think I’m alone.

It’s easy to get hooked on the fortuity of a presidential campaign. Every day presents a new challenge that can be both intimidating, frustrating, and rewarding. We’ve lost track of the hats we wear and the accomplishments we can use to polish up our resumes. People we’ve never formally met have become daily names in our homes. And we’ve given up on taking notes of the things that woulda, coulda, and shoulda been part of the campaign.

For the last few months many of you have put your loyalty to Jo and Spike above daily tasks. You can’t even go to the grocery store without talking to someone about Jorgensen, leaving a flyer behind, or contemplating how we can target a new audience. But as important as your loyalty to the candidates has been – don’t forget your loyalty to yourself.

Like a summer camp romance, we know that November 4th will begin a new era in our lives politically and personally and an end to our sleepless campaigning routines. And right now, it’s hard to imagine what life will be like after the election. For some of us, this was our first taste of campaigning, and for others, we are political sommeliers who understand the complexities of the bittersweet taste an election leaves. Regardless of where on that experience spectrum you fall, for many of us, this won’t be our last campaign.

If you think this is your last, November 4th will bring a calm of “at least I tried it.” I encourage you to carry pride, knowing you did what citizens in other countries could only dream of: you exercised your right to democracy and directly worked toward improving the republic. Savor the experience, even if you didn’t like the flavor. And if there’s one major take away, it’s an insider’s understanding of just how powerfully money and law influence campaigns.

If this isn’t your last campaign, or at least are open to the idea of another, now is a great time to start networking. Get the phone numbers and email addresses of those whom you enjoyed working with, send a compliment up the ladder for that person who made your job easier, and take a minute to reflect on who was a mentor to your experience. These steps will be critical to your success in future campaigns.