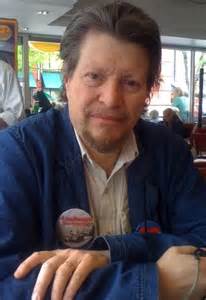 Find me on Patreon.com!
Attribute to L. Neil Smith’s The Libertarian Enterprise

Please bear with me here, I’m going to write of things I know practically nothing about. (Some critics claim that this is all I ever do, but my focus has always been on the bigger, historical picture: what things that everybody thinks they know all about actually mean.™)

My wife and daughter, normally very active online, were surprised yesterday to discover that they had both been unceremonially booted off of the “social media” entity Twitter. It turns out this morning that they were among four and a half million users to suffer exactly the same fate, including President Trump himself, General Michael Flynn, Sydney Powell, and Lin Wood. Who in his right mind dumps four and a half million customers? No appeals, do not pass go, do not collect two hundred dollars. The great Rush Limbaugh, I’m informed, fired Twitter.

It’s bad enough that we have all just suffered through a putrescently corrupt election and a coup d’état that has disenfranchised seventy-five million voters, now we deplorables must be silenced at all costs, as well. I, myself, was grandiosely informed a couple of days ago that something perfectly innocent and truthful I wrote on Facebook several months ago had offended their communist standards and that I will now be forbidden, for the next thirty days, to do something on their “platform” that I never do, have never done, and don’t really understand. Just who the ever-loving hell do these tiny little men with their smelly beards (and I do include Vijaya Gadde when I say that) think they are?

This is where knowing practically nothing comes in. I am not as technically illiterate as I may appear. I bought my first computer in 1983 and was writing on my own “Bulletin Board System” very shortly after that (using a 300 baud acoustic-coupled modem). But I’m basically a novelist by trade and I’ve always had what seemed like more important fish to fry—like figuring out what one of my characters has been up to while the others were all off doing something else, and where did he leave that pipe-wrench? If you’ve never tried it yourself, it’s a lot more difficult than it sounds, and if you’re writing three or four books at the same time, as I do, good luck remembering the names of your own wife and offspring.

The incipient Biden regime, I’m told, has plans for us. They’re very bad plans, the kind our fathers and grandfathers fought against in Germany, Korea, Vietnam, and the Middle East. I know it may not seem that there is very damned much we can do to resist right now. But consider: others dear to our culture have confronted evil before us and in many cases were victorious. My list is far from exhaustive …

Permit me to start with William Tell, an early 14th century Swiss bowslinger who fought back against the Austrian tyrant Gessler and eventually ended him. Then there’s Tell’s contemporary William Wallace who nearly drove the British out of Scotland but, like Donald Trump, was betrayed by his own people. Robin Hood (some idiots contend that he never existed) opposed King John Plantagenet, the loser who was forced to sign the Magna Carta. Robin Hood didn’t “steal from the rich and give to the poor”, as much as he robbed tax collectors and gave people their money back.

More recently, the gangsta’ Sons of Liberty functioned as the core of the American Revolution. Sometimes we forget that the Founding Fathers themselves were outlaws, many of whom suffered an outlaw’s fate. The Reverend Dr. Christopher Syn, “the Scarecrow of Romney Marsh”, is a fictional tax resister so admirable that many people thought, like Sherlock Holmes, that he was real.

Jean Lafitte was a colorful buccaneer who fought for American liberty. The family of Jesse James were among the first victims of corporatism. Ned Kelly, an Australian outlaw hero with a similar background, is worthy of adoption by Americans. More broadly, the Irish fought British oppression for 850 years before they won their freedom. The Poles fought both the Germans and the Russians. The Hungarians battled communist tanks with bars of soap (look it up).
In my time, America and the world did quite all right without so-called “social media”, and without the Internet at all. China Joe Biden and his Marxist ilk are nothing more than a pimple on the ass of our glorious republic, who don’t realize yet what they’re up against. The first step in getting rid of them is to treat them that way.
Where We Go 1, We Go All.

Award-winning writer L. Neil Smith is Publisher and Senior Columnist of L. Neil Smith’s The Libertarian Enterprise and author of over thirty books. Look him up on Google, Wikipedia, and Amazon.com. He is available at professional rates, to write for your organization, event, or publication, fiercely defending your rights, as he has done since the mid-60s. His writings (and e-mail address) may be found at L. Neil Smith’s The Libertarian Enterprise, at JPFO.org or at Patreon. His many books and those of other pro-gun libertarians may be found (and ordered) at L. Neil Smith’s THE LIBERTARIAN ENTERPRISE “Free Radical Book Store” The preceding essay was originally prepared for and appeared in L. Neil Smith’s THE LIBERTARIAN ENTERPRISE. Use it to fight the continuing war against tyranny.