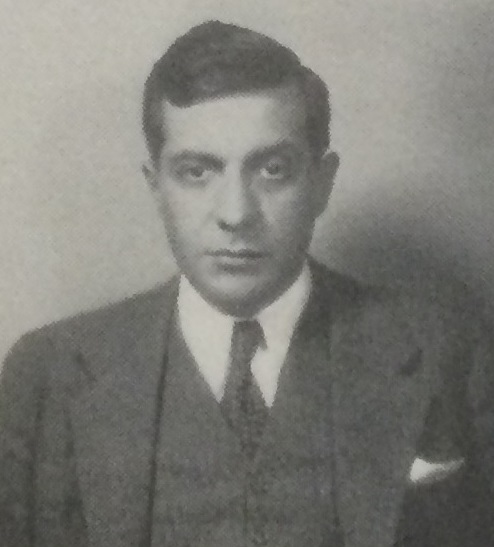 On this day 119 Years Ago, Vito Marcantonio was born in an Italian ghetto in East Harlem. While Vito is not too remembered in the US Political Scene as he appears to be a relative footnote, he still played an interesting part in it nonetheless.

After he graduated high school, he entered law school, eventually earning a Bachelors of Law from New York University School of Law in 1925. Vito first got involved in minor party politics campaigning for the Farmer-Laborite Parley P. Christensen for President in 1920. Although he became more active in 1924 campaigning for Robert La Follette for President and Fiorello La Guardia for Congress, he would end up working for La Guardia’s reelections bids every two years. When not campaigning, he used his law degree to represent labor causes, working with Joseph R. Brodsky, who would end up pushing him towards more radical causes. He served a role in the background until Fiorello decided to run successfully for New York City Mayor, and Vito felt that the void he would leave in congress needed to be filled. Vito would end up first running for Congress in 1934 as a Republican, while he was successful, he quickly grew ire amongst both major parties conservative wings, and ended up serving only 1 term. However he would soon return with a new force…

The American Labor Party was a New York Based political party founded in 1936, the party was created by former Socialist Party members who were supportive of FDR’s New Deal. Coincidentally, the party’s creation coincided with Vito’s exit from Congress, and since there was overlap in their platforms, Vito would end up running for Congress under the ALP banner in 1938, cross-filing as both the ALP and GOP candidate. While he still had the ire from both political establishments, he was no longer beholden to any of them, rather he could focus on his East Harlem District. He would end up becoming known as one of the Furthest Left Members of Congress, not only at the time, but in the entire history of congress. Being a fierce champion of Anti-Racism and Anti-Imperialism. He was such a martyr in congress that he would be used as a campaign tool in races on the other side of the country, as was the case in the 1950 California Senate Race. However he would end up being defeated that same year after New York changed their laws to prevent Marcantonio from cross-filing. Afterwards he ended up returning to his law practice, but he still remained very politically active. He did plan to make a return to congress under the “Good Neighbor” banner, however on August 9th 1954 right as he left the printers with petitions ready to file for congress, he collapsed of a heart attack.

While not remembered as much as other figures, Vito played an important role to the 20,000 attendees of his funeral, and arguably many others.