As reported in the Philadelphia Inquirer: 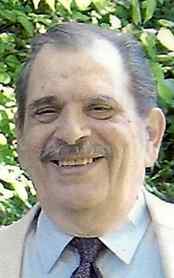 By Sally A. Downey

“John was always the smartest person in the room and was a great mentor and teacher,” said John Featherman, who ran for the Pennsylvania House and U.S. House as a Libertarian. Eventually, Featherman became a Republican, because candidates generally must belong to one of the two major parties to win, he said.

“John was disappointed when I switched, but he understood the pragmatics of politics,” Featherman said.

Mr. Famularo’s political campaigns included runs for the state House, for state treasurer twice, and for controller in Philadelphia. Though he knew he could not win, he believed having a Libertarian candidate brought up more issues for debate, Featherman said.

When Mr. Famularo ran for the state House in 1994, he told The Inquirer: “Government at all levels has increased far beyond its ability to return benefits to the taxpayer in any proportion to the taxes paid. The entire state and local budgets must be reevaluated in the light of our 21st-century world. We pay enough now for the best police and school systems. Why don’t we have them? Because the systems are mismanaged. First, because of ignorance, and secondly, because of patronage and politics.”

Mr. Famularo was generous with his talents, Featherman said.

“John was the person the Green Party and other third parties would go to when they wanted to learn the rules for getting on the ballot,” he said.

He served as a Navy airman on flight crews detecting Soviet submarines during the Cold War.

He later served on ground crews in the Navy Reserve at Willow Grove Naval Air Station.

Mr. Famularo began his professional career as a chemist at Rohm & Haas before becoming a systems analyst for the company.

He later worked for Honeywell Corp., Standard Pressed Steel in Jenkintown, and the Trilog Group in Philadelphia.

In the late 1960s he cofounded General Data Systems, and in 1984 he founded a computer-consulting and design firm, Perseus Systems.

Mr. Famularo had been retired for several years, his brother Alex said.

“His passions were politics and computers,” his brother said.

Mr. Famularo is also survived by a nephew.