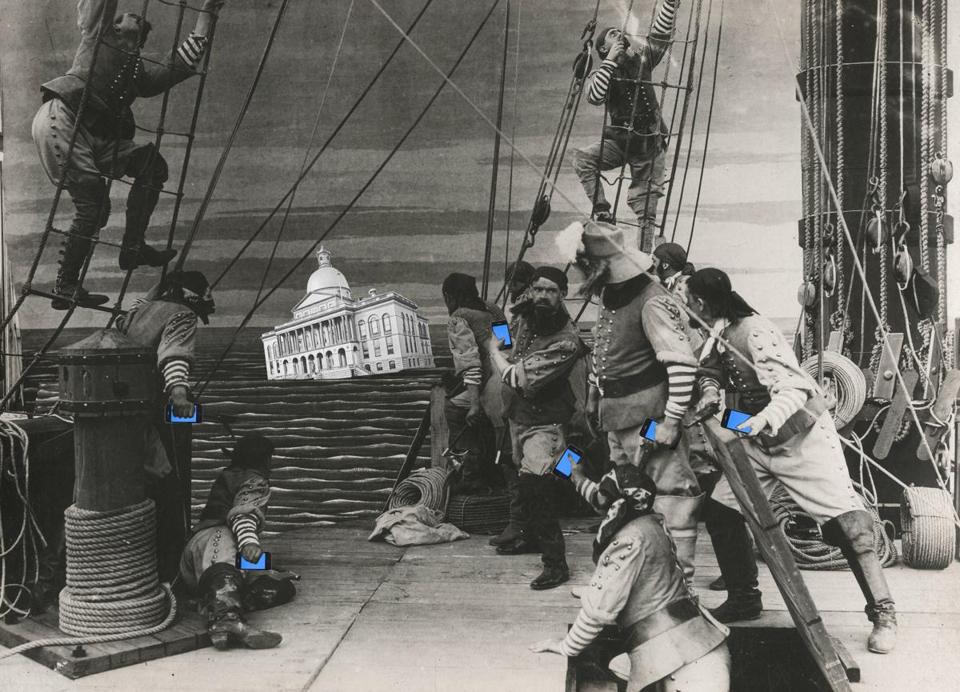 On Tuesday, voters in two Massachusetts districts will find Pirates on their ballots for the State House of Representatives. The candidates in question—Noelani Kamelamela, running in Somerville’s 27th Middlesex District, and Joseph Guertin, on the ballot in the 8th Worcester District—are the first Bay Staters to run for office under the banner of the international Pirate movement. You may be picturing swashbuckling marauders out for political booty, but in fact the Pirate candidates stand for a more realistic but still provocative set of principles—namely, open government, free information, and the elimination of patents.

Kamelamela and Guertin have no chance of making it to Beacon Hill this week, and they know it. But their candidacies are something more than a typical flash-in-the-pan third-party effort. The Pirate movement is a loose collection of national parties that, since the first version was launched in Sweden in 2006, have been tracked by political observers as the vanguard of a bold new idea about how democracies might work.

Beyond their specific positions, the Pirates—whose name pays homage to both seafaring raiders of yore and their modern file-sharing heirs—want to change the process of government itself. Their idea is that modern technology is now fast and connected enough to enable regular people to debate and actually decide on the issues that affect their lives.

Though their base is mostly tech enthusiasts, Pirates so far have managed to win regional races in Germany and the Czech Republic, and currently hold one seat in the European Parliament. Similar experiments have begun elsewhere, under different banners: Iceland crowdsourced a possible new constitution; in Italy, a fast-growing new national party chooses its candidates through online voting.

The appeal of direct citizen control of the government is obvious: It seems a logical, even noble, extension of the democratic ideal. For the first time, government “by the people” could be just that. But even at this early stage, the Pirates and their peers have run into friction. They clearly represent a threat to traditional parties, which depend on older forms of representative government and have large war chests to defend their turf. And critics have begun pointing out deeper challenges, especially given the vast size of modern polities. What we know about how social media works isn’t always encouraging. Big crowds of participants create the danger of mob thinking, and give people with ample leisure time the chance to hijack the deliberative process.