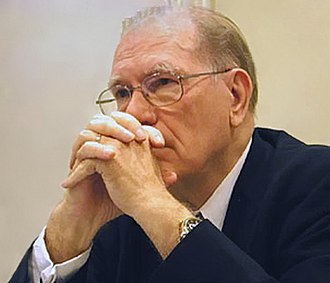 Richard Winger has this article at Ballot Access News, entitled “Lyndon LaRouche Doesn’t Approve of Donald Trump, but LaRouche Set Precedents that Would Help Trump if Trump Were To Make an Independent Run“:

John Anderson ran in 22 Republican presidential primaries in 1980 and still got on the ballot in all states in November as an independent or minor party candidate. After Anderson, the individual who set the most precedents is Lyndon LaRouche, who sought the Democratic nomination in 1984, 1988, and 1992, and then ran as an independent in all three elections.

Notwithstanding that LaRouche’s past activity now helps Trump maintain flexibility, LaRouche does not approve of Donald Trump. See this August 14, 2016 article about Trump in the LaRouche organization’s publication Executive Intelligence Review.