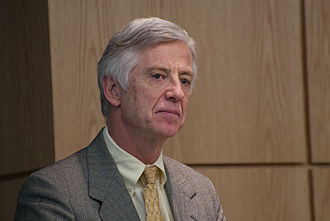 Attorney and former Salt Lake City Mayor Rocky Anderson filed a class-action lawsuit Tuesday in a US district court, accusing the Bush administration and the NSA of illegal blanket surveillance in the Salt Lake City Area before and during the Olympic games, which were held only months after the 9/11 attacks.

“I’ve reactivated my Bar license, and I decided that if nobody else is going to do it, I have to do it,” Anderson told RT. “We can’t stand by and watch this kind of law-breaking, this massive criminality and incursions on our rights to privacy.”

Anderson heard about the spying from a 2013 report in the Wall Street Journal and has since confirmed it with an unnamed, “high-ranking” NSA source.

In the lawsuit, Anderson says that the NSA and FBI saw the contents of every text message and email sent in the city, and even recorded some telephone conversations without probable cause.