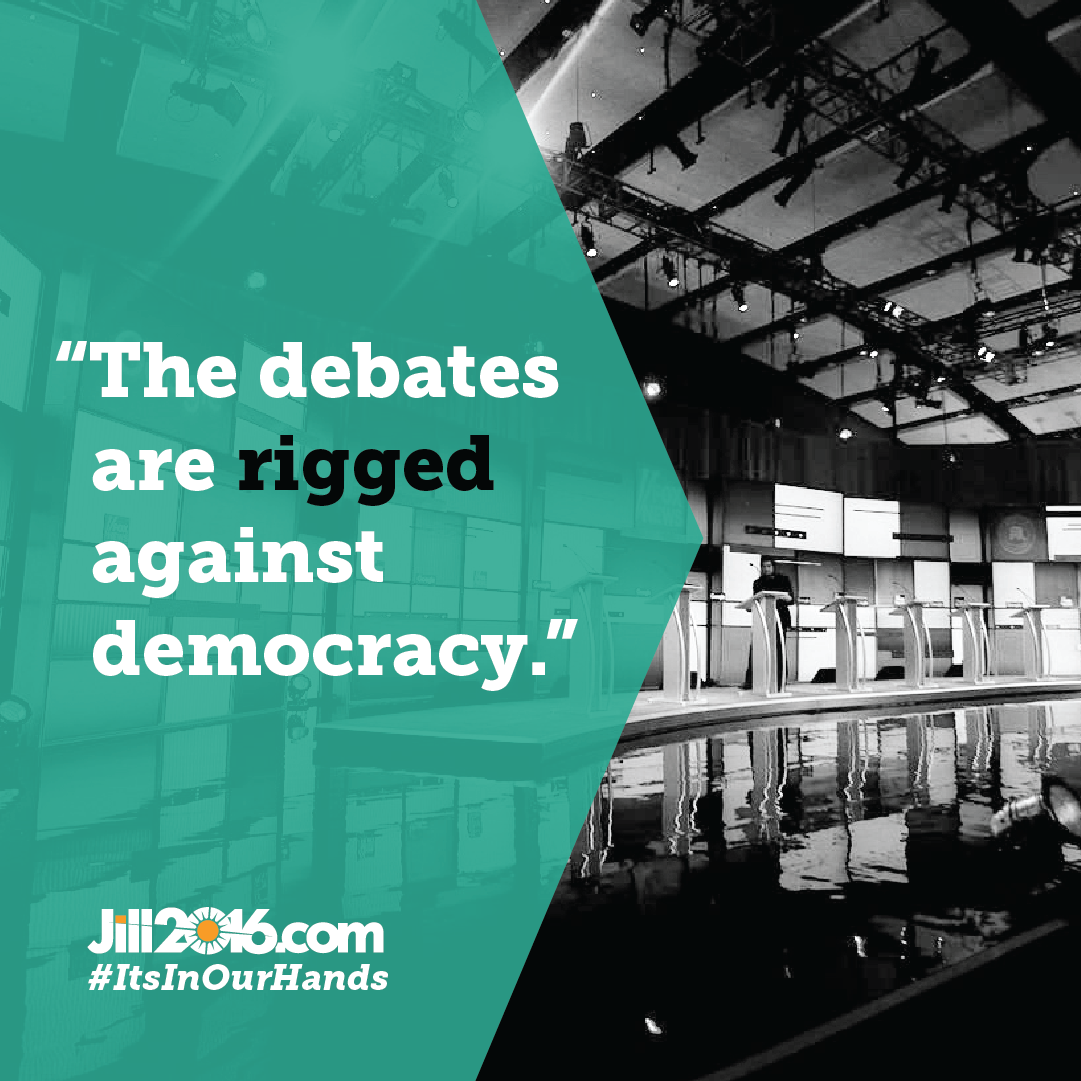 Here’s the story of how the elites deceived the American public:

Up until then, the League of Women Voters impartially sponsored presidential debates.

That setup didn’t cut it for Democrats and Republicans, which had corporate interests in mind.

So they teamed up to create a corporation called the Commission on Presidential Debates. They set out to deceive Americans by using an official-sounding word like “commission” in their name.

Think about it: Political opponents were willing to work together for the greater evil.

The League of Women Voters immediately withdrew its sponsorship of the presidential debates because the demands of the establishment parties would — in its own words — “perpetrate a fraud on the American voter.”

Even when Donald Trump ran for president in 2000, he said it was “disgraceful and amazing” that the commission on presidential debates could “get away with” keeping candidates out of the debates. In true Trump fashion, he threatened to sue if another presidential candidate’s lawsuit to open up the debates failed.

We’re done with being deceived.

We’re calling for a real debate — one run by an impartial group that isn’t swayed by the scent of the dollar or bullied by establishment elites.

And if Jill doesn’t get on the debate stage, you can bet we’ll be outside Hofstra University demonstrating for justice for the American people.

Please join us TODAY! Tell the media you will no longer be deceived. It’s time to open up the debates and allow all four candidates on stage.

It’s in our hands!

P.S. Write a letter to the media TODAY expressing your disgust in being deceived by the Commission on Presidential Debates.

10 thoughts on “Jill Stein: How the Debates Got Corrupted”