With Covid 19 hampering our ballot access efforts, it has been a very challenging summer for the party. In spite of this, we have been pushing forward. Our newly elected and appointed regional chairmen have done a remarkable job in moving the ballot access effort forward.

This week word has been received that the party is now ballot qualified for the November General Election in Vermont and New Jersey. In Alaska and Washington the signatures have been turned in along with the required paperwork and we are just waiting confirmation that the party has met the required number of signatures. Tennessee has also completed their signature drive and will be submitting their paperwork to the Secretary of State shortly. Neither Vermont nor Tennessee were ballot qualified in 2016. North Carolina was not ballot qualified in 2016, but is now qualified for 2020.

Currently we are gathering signatures in Iowa and that project should be completed by the 12th of August. Our next goal is Minnesota and if funds allow we will work to gain ballot access in Rhode Island and Kentucky. Your generous donations are needed to make this all possible. The tremendous effort and dedication of our newly elected regional chairmen: Nicholas Sumbles from the Eastern Region; John Blazek from the Midwestern Region; Thom Holmes and Kevin Hayes from the Southern Region; and Janine Hansen from the Western Region has made this possible. Glen Miller of the Executive Committee has also been a tremendous help in this effort.

Our presidential candidate, Don Blankenship has been a guest on a growing number of radio stations. He does a masterful job with his interviews and is doing a remarkable job of promoting the party. I would encourage you to check out his website donblankenship2020.com and then forward it to family and friends of like mind. It is very well done.

We also want to introduce our supporters to candidates who are running for statewide office in their respective states. We hope to feature at least one of those in each future newsletter between now and the November General election. Below is an introduction to Kevin Hayes of North Carolina who is running for the US Senate. Kevin played a key roll in getting North Carolina on the ballot in 2018.

In the Cause of Liberty,

Kevin Hayes For Us Senate 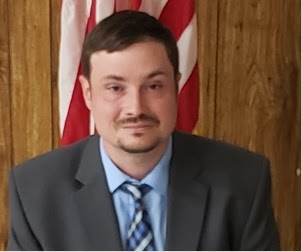 I think I have a great opportunity to make a national impact for The Constitution Party. I am running against one of the more liberal Senate Republicans in Thom Tillis. The last 5 years I have worked events for the Constitution Party in North Carolina. I would always have people ask who The Constitution Party would run against Tillis. Little did I know that person would be me but I need your help. It cost almost $2,000 to file in NC which I did out of my pocket. I need to raise at least $3,000 in the next few weeks to be able to order signs and possible billboards. Will you join me in this fight for liberty? If you can donate any amount you can do so by visiting hayesforussenate.com or by Mail at:

Together we can place the Constitution Party on the national map but I can’t do it alone.

For the Record: I am the only US Senate Candidate who has called for Governor Coopers Impeachment. After the tyrant Cooper’s order today I hope every Bar owner, and Gym Owner remember this in November and elect someone who will stand up to out of control Government.

Candidate For US Senate North Carolina
hayesforussenate.com
My sincere thanks to each of you for your dedication and continued support.