The following was originally posted by Joshua Fauver on the Independent American & Constitutional Review on July 19, 2013: 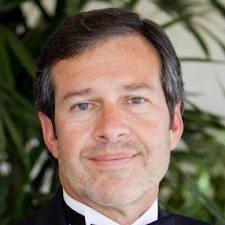 The following was published on The Washington Time’s Communities as a Civil Assessment piece written by 2012 (first ever) Modern Whig Party presidential candidate T.J. O’Hara on July 16, 2013.

RANCHO SANTA FE, Ca., July 16, 2013 — America has been captivated this month by one of the few real forms of reality TV: the presentation of evidence in a court of law during an actual criminal trial, along with the associated arguments of opposing counsel.

While the media profited from this low-budget production, there may be a question as to whether society profited as well. Perhaps we can gain such a benefit from an examination of whether equal justice applies to all.

The core values of our Nation are articulated in the Declaration of Independence. Specifically: “We hold these truths to be self-evident, that all men are created equal that they are endowed by their Creator with certain unalienable Rights, that among these are Life, Liberty and the pursuit of Happiness.”

While these words do not bear any particular legal significance, they define certain concepts that lie at the foundation of our justice system. If we truly hold “these truths to be self-evident,” then the suggestion that “all men are created equal” gives rise to the assumption that all men should be judged under an equal application of the law.

With regard to the latter, you will not find yourself lacking for choice.

SEE RELATED: Rev. Pfleger: Zimmerman verdict is ‘Emmett Till all over again’

Unless you have been living in a cave or actively seeking to remain uninformed, you are aware that George Zimmerman was recently on trial for his involvement in an altercation that resulted in the death of Trayvon Martin. Zimmerman was charged with second-degree murder, and later, with voluntary manslaughter. He was found not guilty of either charge by the jury that was seated for the case.

If you fit nicely within one of the two extremes the media and other organizations constructed, you were either concerned with whether Zimmerman would receive justice or whether Martin would receive justice. However, let’s step outside of those emotional boxes to engage in a factual discussion of whether equal justice was administered to the parties involved.

Within this context, the purpose of our criminal justice system is to provide a uniform enforcement of the laws that are designed to maintain social order, protect and preserve life and property, fairly determine whether a crime has been committed, incapacitate and potentially rehabilitate the perpetrator of such crimes, deter future violations by that individual and others, and to exact what might be considered to be a reasonable degree of retribution on behalf of a civil society.

Our Founding Fathers recognized the gravity of any potential accusation and included certain protections against the abuse of investigatory and prosecutorial powers within the Bill of Rights’ Fourth, Fifth, Sixth, Seventh and Eighth Amendments.

SEE RELATED: MAURER: Zimmerman verdict is an affirmation of our system of justice

Correspondingly, our criminal justice is structured to require the clearing of increasingly higher evidentiary burdens within each of its steps (i.e., arrest, indictment and prosecution). The reason for this directly relates to the consequences of each step. Specifically: An arrest may lead to a restraint of one’s freedom to move about freely (an element of Liberty), and it may carry a negative connotation that might impact one’s choices (i.e., Liberty and “pursuit of Happiness”); a successful indictment, which comes about by a grand jury’s consideration of the facts only from a light that is most favorable to the prosecution, is likely to deepen the consequences associated with an arrest; and a successful prosecution may lead to incarceration (i.e., the loss of Liberty) and, in some instances, even the loss of Life.

Our system also carries a presumption of innocence, which must be overcome by the prosecution in its presentation of evidence by a standard that is described as “beyond reasonable doubt.”

Under our adversarial process, the attorneys for the defense and the prosecution are charged with using their best efforts to argue as advocates (i.e., in this case, on behalf of Zimmerman and the state and, tangentially, Martin, respectively). You may rest assured that both sides want to “win” in our system, sometimes to a disturbing extent.

“Winning” a case when the law and the facts are favorable to your side is relatively straight-forward. However, the circumstances do not always provide this luxury.

Additionally, this trial gave rise to strong emotional beliefs among the general population that had little to do with trial law. There were divergent views on Zimmerman’s state of mind at the time of the shooting. From an evidentiary standpoint, the jury was required to weigh the factual and circumstantial evidence that was presented. Was there evidence that Zimmerman had “profiled” Martin (either racially or with respect to criminal intent), and if so, how might have that have impacted the event? What precipitated the event? Who initiated the attack? Was Zimmerman, in his own mind, reasonably in fear for his life?

Step back from whatever emotional biases you may have and place yourself in the position of the jurors, individuals who swore to receive the evidence and apply the law without prejudice. Whether Martin and Zimmerman received equal justice under the law must be measured from that perspective.

Put aside the rhetoric from the left and the right, which prefer to prejudge such cases before they are tried, and evaluate the process: arrest, indictment, prosecution. Did it comply with our criminal justice system? If not, how did it fail to comply and how can the system improve?

Certain evidence of the past actions of the accused and the victim was precluded from introduction at trial. This routinely occurs to prevent prejudicing the jury. Unless such evidence goes directly toward proving a continuing course of conduct, it should not be admitted.

What was particularly interesting in this regard was how the polarized camps of public opinion were offended by the exclusion of evidence they deemed favorable to their position. Yet, they expressed little concern for the evidence that was excluded that might be deemed favorable to the other side. It suggests a bias that only embraces a system of justice that conforms to preconceived positions. In effect, if you agree with the verdict, it was a good one, but if you disagree with the verdict, it was a bad one. Ask yourself: Is that indicative of equal justice?

In the comment section of this column, you are invited to offer your position as to whether equal justice was served in the arrest, indictment and prosecution of George Zimmerman. You are encouraged to view the question from the defendant’s perspective as well as from that of the state and victim. Were the basic protections of the Fourth, Fifth, Sixth, Seventh and Eighth Amendments preserved for the accused? Was the victim and society’s interest protected by the arrest, indictment and prosecution?

In a collateral discussion, what was your impression of the media’s impact (or attempted impact) on the case? Should the incident be isolated to its own specific facts or is it endemic of a greater issue within our society? Should there be any political ramifications to the trial and, if so, what are they and why are they appropriate?

Equal justice in the criminal (and civil) system demands that justice be applied equally. Lady Justice must be blind to race, religion, political affiliation, socio-economic status, or any other point of differentiation among the individuals involved. She may not peer from beneath her blindfold in an attempt to tip the scales. Please be sure to offer your perspectives as if her role was yours. State your premise, support your position with facts, and remain respectful of those who express an opinion that differs from yours because in this forum, we do not need to reach a unanimous decision, but we do need to demonstrate the ability to engage in critical thinking and civil debate.