The Atlantic has included potential and declared third-party and independent candidates in its “cheat sheet” of 2016 presidential candidates. As they explain, “this cheat sheet on the state of the presidential field will be periodically updated throughout the campaign season. Here’s how things look right now.” Excerpt below. 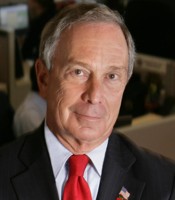 Who is he?
The billionaire finance-and-technology entrepreneur was mayor of New York from 2002 to 2013.

Is he running?
No, but there have been trial balloons launched in the press. He will reportedly decide by March.

Who wants him to run?
If the past is any indication, it’s mostly Bloomberg aides. Supposedly, Bloomberg is terrified of a Trump vs. Sanders race and would run if that was the matchup. Is there a base for Bloomberg, a fiscally conservative but socially liberal abrasive New Yorker? Seems unlikely.

What are his prospects?
Bloomberg himself has repeatedly belittled his own electability, either as an individual or, in the abstract, as a third-party candidate. And he’s probably right. It’s hard to imagine who would vote for him, especially if Clinton wins the Democratic nod: He’s slightly to the right of her, but Republicans hate him, and he makes her seem like Miss Congeniality.

Does his website have a good 404 page?
Please. This is a guy who doesn’t even think websites are necessary. 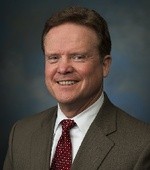 Who is he?
Webb is a Vietnam War hero, author, and former secretary of the Navy. He served as a senator from Virginia from 2007 to 2013.

Is he running?
Not at the moment. Webb launched a Democratic bid July 2, 2015 but dropped it October 20, 2015. He has since made noises about mounting an independent campaign, including hiring a fundraiser.

Who wants him to run?
As a Democrat, doves; the Anybody-But-Hillary camp; and my colleague James Fallows. As an independent? Maybe some of the same socially conservative, economically populist Democrats who backed him before. But he barely registered in the race the first time around.

What are his prospects?
Bad. Every independent candidate is at best a very long shot, and Webb’s weaknesses—dislike for campaigning, weak fundraising, heterodox views—were on clear display during his Democratic bid. 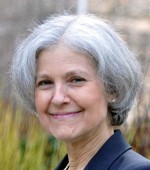 Who is she?
A Massachusetts resident and physician, she is a candidate of nearly Stassen-like frequency, having run for president in 2012 and a slew of other offices before that.

Is she running?
Yes. Stein announced in June 2015 that she would again seek the nomination of the Green Party, which she won in 2012.

Who wants her to run?
Stein seems to have strong support with the Green Party. She managed to collect nearly 500,000 votes in 2012—the party’s strongest showing since Ralph Nader’s disastrous 2000 run, but well short of the 2.9 million votes he got.

What are her prospects?
She seems well placed to win the nomination. Her rivals include Darryl Cherney, a musician the FBI once accused of bombing himself, and Bill Kreml, a Taoist professor emeritus of political science. It’s too soon to speculate how she might fare in the general election compared to 2012.

Does her website have a good 404 page?
Possibly not original, but kind of soothing and on-message. 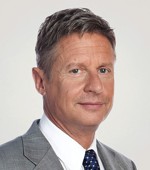 Who is he?
Oh come on, you remember Gary! He ran for the GOP nomination in 2012 and then got the Libertarian Party nod after that didn’t work out. He was previously two-term governor of New Mexico. He now runs a company that sells THC lozenges.

Is he running?
Sure is. He announced his attempt for an encore performance with the Libertarian Party on January 6.

Who wants him to run?
As his company’s site notes, “Now that he’s associated with what is being hailed the best legal cannabis product on the market, Gary may be drafted for President of the United States by a grateful nation one day.” Johnson’s also an unusually talented and successful politician to vie for the Libertarian line. The 1.3 million votes he collected in 2012 were the party’s all-time high … so to speak.

What are his prospects?
He’s running against the outlandish oddball former tech titan John McAfee in the party, so that looks good. But of his general-election chances, he told my colleague Nora Kelly, “I have no delusions of grandeur here. I know what happened last time.”

Read the rest, including their assesments of all the major-party candidates, at The Atlantic.