William Saturn is an IPR contributor. He wrote the following article for Wikinews and republished it on his blog, The Saturnalian, on August 29th, 2016:

The following is adapted from the July 2016 edition of the Wikinews series On the campaign trail.

“[T]here was and is a party that was opposed to NAFTA, CAFTA, the WTO and other unfair trade agreements and which is still deeply committed to the Hamiltonian idea of protecting U.S. jobs and industry as we proceed into the 21st Century”

Two individuals who each previously spoke withWikinews sought the 2016 presidential nomination of the Reform Party of the United States. Historian Darcy Richardsonand businessman Rocky De La Fuente each decided to seek the nomination in July. Both previously ran for president as Democrats. 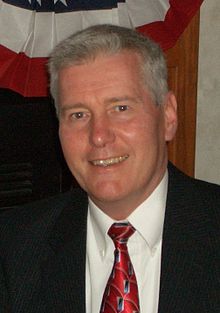 Richardson, a veteran of third-party politics, challenged President Barack Obama for the Democratic Party’s presidential nomination in 2012 and briefly vied for the Reform Party presidential nomination that same year. He is the author of “The Others” anthology, covering third-party candidates, and has written books on such political topics as the 1968 presidential election and the presidential candidacies of Eugene McCarthy, George McGovern, and recently, Bernie Sanders. He served as campaign manager during McCarthy’s 1988 presidential bid. In addition, he ran for Pennsylvania Auditor General in 1980, and was the Consumer Party’s 1988 nominee for U.S. Senate in Pennsylvania. In 2010, he ran for Lieutenant Governor of Florida as the running mate of gubernatorial candidateFarid Khavari.  Richardson has a history within the Reform Party beyond his 2012 run. He participated in the party’s 1996 and 2000 mail-in primaries, was part of the 2004 nominating conference calls, donated to candidates nominated by the party, and contributed to the Reform National Committee. Richardson says Reform Party Secretary Nicholas Hensley encouraged him to enter the 2016 race. As the nominee, he planned to spread the party message through television, radio, and speaking engagements.

“In short, my candidacy is designed to remind older folks about the Reform Party’s important role in American politics”, said Richardson, “and to inform younger millennials — those facing a low-paying, if not jobless, future — that there was and is a party that was opposed to NAFTA, CAFTA, the WTO and other unfair trade agreements and which is still deeply committed to the Hamiltonianidea of protecting U.S. jobs and industry as we proceed into the 21st Century.” 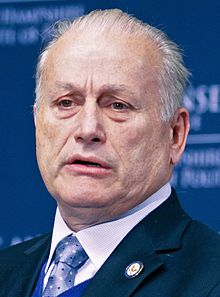 De La Fuente, a San Diego businessman with properties throughout the world, got his start in the automobile industry and has since branched into the banking and real estate markets. Before his 2016 Democratic Party campaign for president, he had not sought political office, but did serve as the first-ever Hispanicsuperdelegate, at the 1992 Democratic National Convention. During his 2016 presidential campaign, which he began largely as a reaction to the presidential campaign of Donald Trump, De La Fuente qualified for the ballot in 48 Democratic primary contests. In addition to seeking the Reform Party nomination, he is attempting to qualify for the general election ballot in several states as an independent or as the nominee of the new “American Delta Party,” which he founded. De La Fuente is currently running in the Democratic Party primary for U.S. Senate in Florida as well. According to Nicholas Hensley, in remarks to Wikinews, ballot access expertRichard Winger encouraged De La Fuente to seek the Reform Party nomination.

De La Fuente was asked to respond to these statements and to comment on this report, but he has yet to do so.

The Reform Party was founded in 1995 by industrialist Ross Perot. Perot ran as the party’s first presidential nominee in 1996, and won over eight percent of the popular vote, the highest percentage for a third-party candidate since. In 1998, professional wrestler Jesse Ventura ran on the Reform Party ticket and was elected Governor of Minnesota. The party fell in prominence during the lead-up to the2000 presidential election when it was plagued by infighting between ideological factions. In 2000, Donald Trump briefly sought the party’s presidential nomination, but it was ultimately won by paleoconservative icon Pat Buchanan, who went on to receive only 0.4% of the popular vote in the general election. In 2004, the party opted to endorse consumer advocateRalph Nader, but ended the year nearly bankrupt. Ted Weill won the party’s 2008 presidential nomination, but appeared on the ballot in only one state and won a total of 481 votes. In 2012, the party’s presidential nominee, fitness model Andre Barnett, on the ballot only in Florida with write-in status elsewhere, received a total of 952 votes. The party is currently on the ballot in New York and Florida, but, according toBallot Access News, the New York affiliate is expected to nominate Trump.

The party held its 2016 convention the last weekend in July. It had planned to formally announce its presidential ticket on August 8. According to Knapp, Richardson and De La Fuente were the two leading contenders for the nomination. Others seeking the nomination included 2012 vice presidential nominee Kenneth Cross and psychologist Lynn Kahn.

On August 9, the party announced it had nominated De La Fuente for President and presumably, Michael Steinberg, his preferred running mate, for Vice President.  The final tally of the committee showed Kahn with one vote, Cross with one vote, Richardson with four votes, and De La Fuente with five.