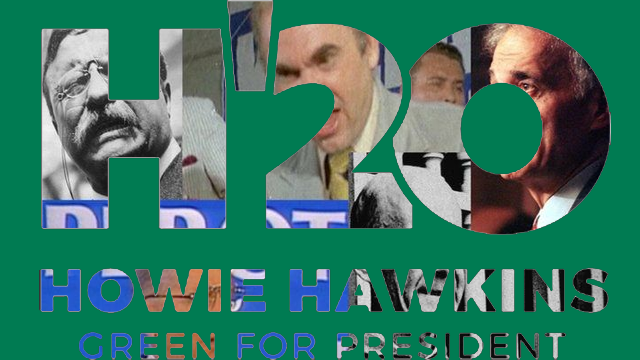 While having all candidates have equal footing and not rigging the election in favor of the front-runner is obvious to most people, Third Parties of course function very differently from major parties. In the history of Third Parties Presidential ambitions in the United States, their candidates usually fall into four major categories.

The first candidate category is one that has been common place in the Green and Libertarian Parties in recent years, A person who defected from a major party to join their party. Usually due to ideological differences an elected official representing a major party will defect from said party then use their notoriety to make that Third Party more notable. A prime example of this was in the year 2008 where the Libertarian Party had former Representative Bob Barr and Former Senator Mike Gravel run for their nomination, and the Green Party had former Representative Cynthia McKinney run for their nomination. The next election has arguably the biggest example with Gary Johnson running as the Libertarian Candidate.

The second category for Third Party Presidential Candidates is a popular previous presidential candidate. The advantage of it is that it can carry over success from a previous election year, but a disadvantage can be that it’d associate with one person rather than the ideas of the party itself that evolves with the times. The most prevalent example of this is Norman Thomas, who was nominated by the Socialist Party 6 times in a row. More recent examples include Ralph Nader of the Green Party (1996, 2000), Jill Stein of the Green Party (2012, 2016), and Gary Johnson (2012, 2016).

The third category for Third Party Presidential candidates is when party founders become presidential candidates. It’s pretty similar to the previous category, but isn’t that common in major third parties anymore due to the fact that it has the detriment of making the party about one person as opposed to an ideology. The most prevalent example is five time Socialist Party candidate Eugene V Debs. While more recent examples are Howard Phillips of the Constitution Party and Rocky Anderson of the Justice Party.

If they don’t fit in these categories, they’re usually just a loyal member of the party who steps up to the plate to run. And that’s clearly the route that the other Green Party Candidates are trying to do with their candidacies, and best of luck to them in that endeavor.