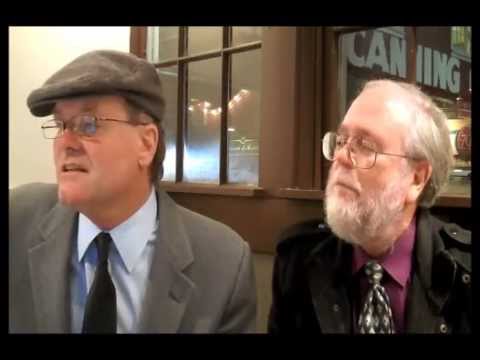 Free Parliamentarian James Ogle, creator and self-proclaimed Secretary of the fantasy organization US Parliament filed papers with the Federal Election Commission this past January to run for President of the United States . . . in the 2014 election.

Ogle, who, in his previous presidential campaign, narrowly defeated “Uncommitted” to win the 2012 Missouri Libertarian Primary, is the only candidate seeking the 2014 presidential nomination of the Democratic Party.  In fact, Ogle is the only presidential candidate in the entire 2014 election, in which the office of president is not up for election.

Still, Ogle, who resides in Monterey, California, believes he can win.  However, doing so would not constitute his greatest achievement. Ogle claims he inspired the name of the search engine Google. Hoping to capitalize on this fact and meant to play on the recent phenomena of egosurfing, Ogle uses the campaign slogan: “Go Ogle/Your Name,” similar to the “Go Ogle 2012″ slogan he used in his previous campaign.

Outside electoral politics, Ogle holds the self-proclaimed title as Independent Expenditure Minister of the US Parliament. He is known for his obsession with comedienne Roseanne Barr, his insistence that the Boston Tea Party still exists, and his long posts of nonsense SPAM on IPR, which ultimately led to his banishment from the site.

Nevertheless, Ogle persists, regularly evading his IPR ban to post additional nonsense.  If only he could employee that same persistence in his current campaign, Ogle may be able to evade reality enough to see himself elected President of the United States . . . in 2014.

Update: Since the writing of this article, the FEC sent this letter to Ogle, notifying him the 2014 presidential election will not be held. Just before the deadline given in the letter, Ogle filed this amendment. The FEC still lists him as a 2014 candidate.