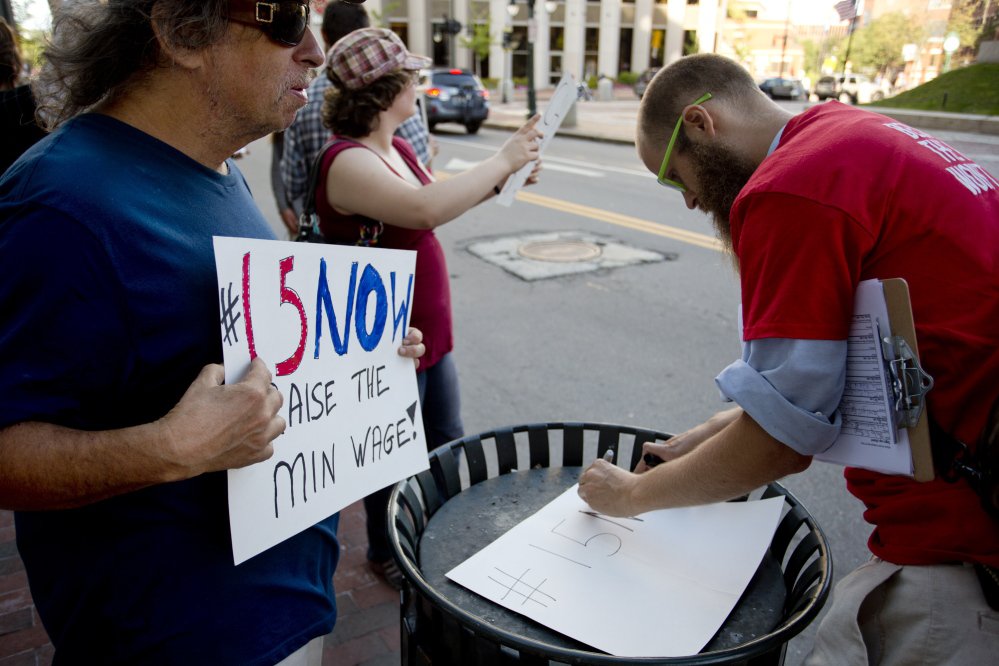 Greens campaign for $15/hour minimum wage in Portland, ME.

From the Portland Press Herald:

Portland Greens, meanwhile, are “dismayed” that Brennan’s proposed minimum wage would still make it difficult for people to afford to live in Portland, according to a press release.

The Greens are seeking to establish a so-called living wage of $15 an hour through a citywide referendum. They argue a livable wage will lead to economic growth, rather than job losses, because more money will be flowing through the local economy.

The Greens, which spearheaded a successful referendum in 2013 in support of legalizing recreational use of marijuana, will meet at 5:30 p.m. on Wednesday, March 11, in Room 24 at City Hall to finalize the details of their planned referendum.

And more from the Maine Independent Green Party:

The Portland Green Independent Committee will soon begin the process to create a living wage of $15 an hour for Portland workers via a citizens’ initiative.

Dismayed that the Mayor’s proposal for increasing the minimum wage will still leave many unable to participate in our economy and unable to afford the city’s skyrocketing cost of living, the Greens’ ordinance will create a true living wage for Portland’s working people.

A higher minimum wage will not result in fewer jobs, but instead facilitate more money flowing through the local community, leading to job growth and an improved economy, as has happened in other parts of the country where minimum wage increases have passed.

There are currently two working proposals that approach the way in which this wage increase will be applied. There will be a meeting in room 24 at city hall, Wednesday, March 11th at 5:30, where the PGIC will finalize the details. Public and Press are welcome to attend.