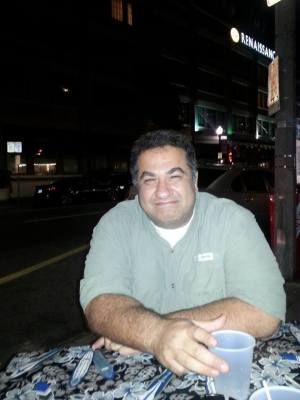 Submitted to IPR by Paulie:

As part of my efforts as a writer here at IPR, I monitor the news for stories about the LP. If you look at google news (news.google.com) for “libertarian” or “libertarian party” these days you will find some disturbing connotations. Among the stories on the very first page of results for libertarian as of when I looked it up yesterday:

Does libertarianism have an alt-right problem?
Washington Post Aug 23, 2017?

Is There Really an ‘Insidious Libertarian-To-Alt-Right Pipeline’?
Reason (blog) Aug 23, 2017

Many of these posts point out that many of the leaders of the Alt Right self-identified as libertarians, and in some cases Libertarians, within the last few years or in some cases months. These include many of the headliners of the infamous Charlottesville Unite the Right march where the organizers threatened violence prior to the march and proceeded to put 35 people, every single one on the antifascist side, in the hospital, and one in the morgue. Only 19 of the hospitalizations were from the vehicular assault.

Google news suggestions for topics related to libertarian. Notice they include alt right and Richard Spencer. This was the whole list as of right now:

2 of 6 items are Alt Right and its godfather Richard Spencer. Spencer was a Ron Paul for President supporter and a protege of Paul Gottfried, who is frequently published by Lew Rockwell. Together Gottfried and Spencer came up with the “Alt Right”.

This comes at a time when the Alt Right and its violence is the focus of major attention in the national news. It’s all over MSM coverage, not just movement news or alt politics. All that coverage shows these Alt Right (bka Altreich) guys marching not just with Confederate flags, but with nazi ones as well, and Klan hoods. There are lots of anti-semitic chants and Hitler salutes. Is this what libertarians want to be associated with?

If you look up Alt-Right in turn you get things like “HuffPost
Why Anti-Semitism Remains So Important To The Alt-Right” and “Islamophobia.” If you back out of news and do a general google search one of the top results is “Alt Right: A Primer about the New White Supremacy.” So again, why would we allow ourselves to be mixed up with this cancer?

So, that’s why I believe it is both important and necessary to draw a sharp line between the Libertarian Party (and to the extent possible movement) and the Altreich. See LSLA 2017: ‘Physically Removed, So to Speak: Making the LP Inhospitable to the Alt-Right and Other Nazis’ and Nicholas Sarwark: ‘Nationalism and racism is a sickness that flows from weakness and lack of anything other than the privilege of birth to be proud of’ and Liberty Against Fascism: ‘Restating the Obvious: An Open Letter from the Libertarian Movement’ and LP Release: “Libertarians condemn bigotry as irrational and repugnant” among other things. The last thing we need are more headlines like this one Orlando Sentinel: ‘Goat-blood drinking Orlando man had key billing for Charlottesville rally’ or any more of this: Former Libertarian, now fascist, Christopher Cantwell gathers national attention.

It’s why I agree with Tom Knapp’s ‘A Brief Note on Philosophical Debate versus Marketing Practice’ and Gene Berkman: ‘Blood & Soil BSers Look Back to Miserable Era’. And with Nicholas Sarwark and Arvin Vohra when they call out Jeff Deist and the Mises Institute’s “blood and soil” politics. Deist dog whistled “blood and soil” at the end of an otherwise reasonable speech about libertarian decentralism, just as the murderous fascists and nazis in Charlottesville were about to march down the street shouting the same nazi slogan just before killing and injuring people. It was no different than if at the end of his speech he had pulled down his pants and took a dump on stage, wiped himself with his hand and licked his hand clean right in front of the audience and the cameras.

But, what if he just came up with the slogan completely on his own and had no idea what it implied? You may think that in the wake of Charlottesville an apology and explanation would be called for, yet we have Tom Woods and the rest of the LvMI circle bristling about how they shouldn’t have to dissociate from fascists because everyone already knows we have nothing to do with them. Except, as I pointed out earlier, everyone does not know that. The MSM does not know that. The altreich leaders don’t know that – many of them called themselves libertarians recently, and some of them may still be doing that. The people in the comments sections of Woods, Stapleton, et al don’t know it; there’s plenty of white nationalist sentiment openly expressed there.

So if anything, in light of the damage that the old Ron Paul Newsletters have done to the movement and to Ron Paul’s campaign itself, in light of Deist’s speech and many other very unfortunate associations between the Rockwellians and the Altreich/neo-confederate/white nationalist movement from Hoppe on down, they have a special responsibility to dissociate from this ugly bigotry. Shame on them for not doing so, and it makes it doubly important that the rest of us do so.

Now that we have gone over what I believe is a real threat to the reputation and prospects of libertarianism and the LP and why, let me explain what I believe is not and why I am not so concerned about it. Here it is:

Yes, a few of these folks believe that “rent is theft” and “property is theft” but is that cause for alarm? Chances are most of those who have joined the facebook group don’t even agree with it, and/or are not LP members. How many actually agree with libertarian socialism AND are active LP members? I’m going to guess they can be counted on your fingers, without going down to the toes.

So, we have a caucus which can fit in an egg carton, as far as likely delegates to the national or any state convention go. We don’t have a major problem with the establishment news media or the general public mixing up the LP with libertarian socialism. Unlike the alt right, we don’t have libertarian socialists out killing people or being profiled on Vice News or being the subjects of embarrassing headlines in major city newspapers or widely read news magazines or even movement news and opinion organs such as Reason Hit and Run, Cato or LR.C.

Yes, there are some antifascists – not nearly all – who punch nazis (just for holding their repugnant beliefs alone), destroy property or at least condone such things. But the scale of violence they engage in is far, far less than that of the Altreich and the racist white supremacist movement. And there’s a lot less confusion in the public, media or really anyone’s mind between them and the LP/libertarians as opposed to the confusion between LP/libertarians and the far right. When your boat is rapidly taking on water on one side and in real danger of sinking, it isn’t a good use of your time and energy to worry so much about some mold growing on the other end of the boat which will pose an environmental breathing hazard at some point much later…if your boat doesn’t sink long before then, that is.

I’m not allowed to quote what is said in the closed internal discussion groups of the LP Radical Caucus but I think it’s OK for me to reveal in general terms that there is a lot of discussion of this miniscule Libertarian Socialist caucus and many calls for formal condemnation. There’s a poll which shows that a lot of those there believe it is a serious problem for the LP. I disagree with them, and I believe they are wasting their time and energy which is needed to address a much bigger problem on our right flank right now.

I do not want the radical caucus or the LP as a whole to make the same fundamental error that Donald Trump is being widely and correctly condemned for, of creating a false equivalence between “violence on both sides” (when it is in fact massively disproportional). That disparity is magnified when it comes to the composition and outside perception of libertarians. There are times when an equal concern about the left may well be warranted; in the late 1960s and early 1970s left wing terrorists were killing a lot of people in this country, much like far right terrorists are now, and Murray Rothbard and his circle were making alliances with the Maoist far left, much as Rothbard and his heirs have with the far right since the 1990s. At the moment, however, it is the latter alliance and not the former which should be seen as the problem to address right now.

752 thoughts on “Paul Frankel: Why Libertarians need to denounce the Alt Right and white nationalists and don’t need to worry about libertarian socialists and antifa”